Just used AD today, and the class CAPTURE_DATASET_SPEC (which is visible in the editor when you edit a Task) has a field called archetype_id, but this should be template_id.

Here is the relevant line from the current Task Planning BMM on Github. This is unchanged from v1.5.0, and wasn’t present in v1.0.0, so I am not sure which BMM AD is using (maybe @matijap knows).

Otherwise, the editing experience was not bad, for a part of the tool in development. More suggestions coming soon.

Thanks Thomas, I’m glad you find it somehow useful.

I would also kindly invite you to fill support requests regarding AD to our service desk at: https://jira.better.care/servicedesk/customer/portal/161 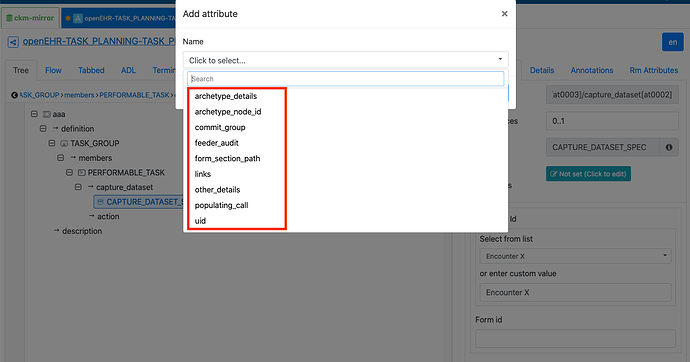 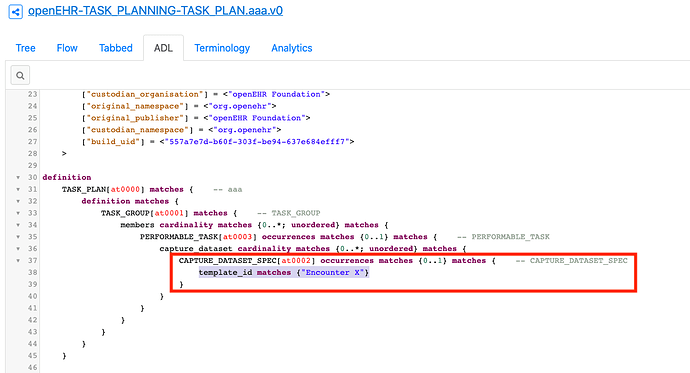 I think this is me (who doesn’t use AD that much so far) not understanding the tool.

I expected to see template_id in the attribute dropdown list, i.e. was expecting to see the same list as in he AWB: 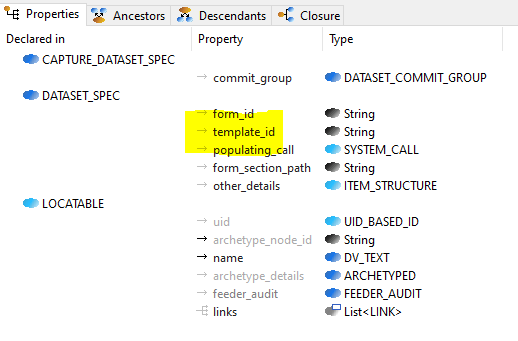 Some of those attributes are there, but template_id is not. But then it is on the right - so does that mean it is already ‘pre-chosen’ somehow as a constrained attribute?

I may have mis-remembered what I saw, maybe I saw ‘archetype_node_id’ rather than ‘archetype_id’ (was on Dani’s computer). The attributes archetype_node_id and archetype_details should never appear, since those are the ones enabling the archetyping to be done, and the tool is already doing things with them - this is probably what confused me.

Anyway, I think there is no BMM problem as such, except that I don’t understand how template_id appears on the right hand side without being on the drop-down attribute list.

Should I raise these issues on the tracker?

Quite apart from that, it is very nice seeing the tool just following the BMM. It also has the effect that if I see an error in the model the tool is presenting, it is probably my fault. Cunning.