Missing "web template" format in many (all?) CDR "Definitions"-API implementations

…is not supported in any of the CDR implementations we have tested (inlcuding EHRbase and Cambio) and it is not listed as supported in Better’s EHRscape either: 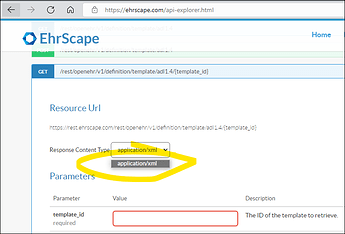 We would like our utility/build functions at Karolinska to be able to use this via standardised API so that we easily can switch between CDR implementations. Does anybody know if (and when) the implementation of the above standard call is available or planned in any openEHR CDRs?

We have now reported the problem also as an issue at

I do not beleive I have an official way to report an issue to Better and other vendors, so if anybody else knows how, then please do. (Pinging e.g. @borut.fabjan)